“What is Self-Advocacy?” by www.selfadvocacyonline.org at the Research and Training Center on Community Living, Institute on Community Integration, University of Minnesota, 2015.

A civil rights movement for people with intellectual disabilities

People speaking-up for what they think is important

Something everyone is capable of

Making your case and negotiating for what you want

Realizing you are not alone, joining a self-advocacy group

Knowing your strengths, being proud and feeling strong

Going after your dreams

Making mistakes and learning from them

Being part of your community

Being curious and asking questions

People sitting around and complaining

Only for people who can talk.

Keeping everything the same

Sleeping through your dreams

Other people making decisions for you

Not taking any chances 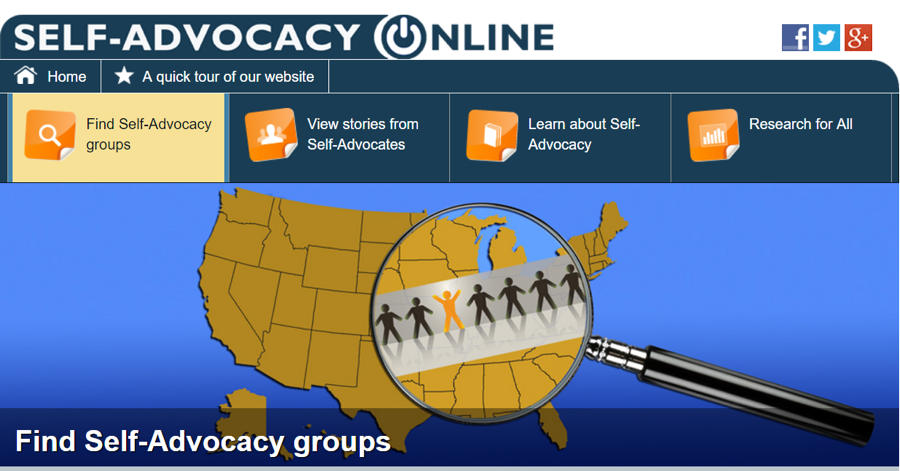 In the United States, there are more than 1200 local self-advocacy groups. Groups are run by people with intellectual disabilities. People join groups to connect with their peers. Self-advocates give and get advice.  People feel free to say what is on their mind. They feel supported.

Find a Self-Advocacy Group Near You

“Self-Advocacy” by the National Gateway to Self-Determination, 2011

Watch the People First film (1976, 34 minutes) published with permission of James Stanfield Film Company. The film shows the first state conference of People First of Oregon. The conference was chaired by Valerie Sharf. The conference is considered the beginning of the self-advocacy movement in the United States.